It is six o'clock in the p.m. on a Friday of no particular color in Korea. People here are, for the most part, maintaining a certain kind of practiced indifference towards the possibility of impossibly bad things happening.

In America, it is in the very early morning of Black Friday and people are lining up in the hopes of achieving free lattes or half-price jetpacks or whatever it is that people think worth waking and standing in line for at 3 a.m.

Here are things I am thankful for.

1) A friend pointing out to me Joss Whedon's response to Warner Brothers' announcement of a new Buffy movie. This is what he, Joss Whedon, said.

"This is a sad, sad reflection on our times, when people must feed off the carcasses of beloved stories from their youths - just because they can't think of an original idea of their own, like I did with my 'Avengers' idea that I made up myself."

2) Tea. Especially English Breakfast Tea and Earl Grey. Also, ginger tea. And this one cinnamon kind of tea they have in Korea whose name, in Korean, sounds similar to coffee.

3) Coffee. Korea has a fantastic amount of coffee shops and cafes, from the terribly cute and sometimes wonderful, to the terribly wonderful and usually still cute. Also, there are Princess Cafes where you can dress in sparkly, sparkly dresses. One of my favorite new kinds of coffee is a concoction called The Mad Scientist.

4) Korea. It has grown on me. Not entirely in a fungal/body snatcher way, though there's some of that, but more in a place with Mad Scientist blends of coffee and people who are kind and interesting and sometimes rude and so very similar to the sorts of people that live in other places--except that here they tend to be relatively shorter, healthier, and surprisingly afraid of fans. There are also a lot of motorcycles.

5) My students, who in large part account for number 4. They are cute and smart and today, during their speaking test, one pair discussed the possibility of starting a zombie colony on Mars so as to allow our two cultures to co-exist in a peacable, non-apocalyptic manner.

6) Friends, new and close and older and farther away.

9) The internet, and, as part of that, the future. It worries me sometimes the intangibleness of everything floating around out there--all those paperless books and messaged hearts and complicated emoticons. But, then, there's this:

10) "One sees clearly only with the heart. Everything essential is invisible."

11) Food, which up to this point, happily remains quite visible and tangible and smell-able, with its various smells of ginger, sugar, cinnamon, cumin, pepper, browned butter, maple, rosemary, and garlic.

12) You. Also, me. Words of all kinds really. They are inadequate but useful things. Erm and also are two of my favorites.

13) Pictures. The internet is full of them. Here are some.

Today is the day Korean high school seniors take a test in order to determine whether or not they will succeed or fail as human beings. It's kind of like the SAT in the U.S. Yesterday, in my neighborhood subway station, random high school seniors asked me to wish them good luck and so I did and I hope it helped.

Today is also a day I did not have to teach since, even though I don't teach seniors, the 1st and 2nd graders (Korea has 3 grades in high school) are not allowed to come to school since they will make noise and the 3rd graders taking the most important test in their life are quite prepared to kill anything that moves. One of my co-teachers, who must monitor test-taking students, said he had to remain perfectly still or risk being eaten.

I spent the day reading a book made of paper (Salem's Lot--a gift from a friend for All Hallow's Read) and also writing and then deciding to take a moment to blog about my newest obsession--reading things without paper.

For example, did you know there is software and instructions on how best to read Manga on your Kindle? I did not, until I did, and once I did, I thought maybe it would be a good idea to finally get around to reading some Manga.

Once I had a copy of Battle Angel Alita, but that was as far as I went.

This turned out to be a good place to get started reading more Manga.

Here's some other Kindle-y useful things.

Wired has a guide on how to do almost everything with a Kindle.

Project Gutenberg is a good place to get free ebooks of classics past their copyright.

Also, as a friend pointed out, there are Kindle games. Even Scrabble (though for this you have to pay $4.99).

As well, it's incredibly useful, I've found, to forward the stories that friends send me to the Kindle. Instead of reading them on a laptop, or printing them on scrap paper, I can look upon the Kindle and forget that it's there and simply enjoy reading and making notes as I go.

I decided not to edit yesterday's post. Mountains are big things. They need their own space. Like trolls. Or beanstalks. 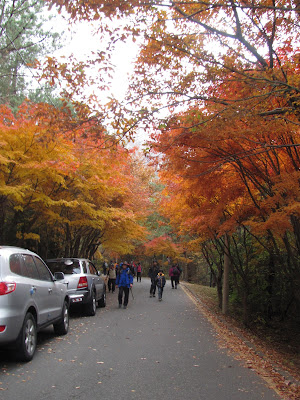 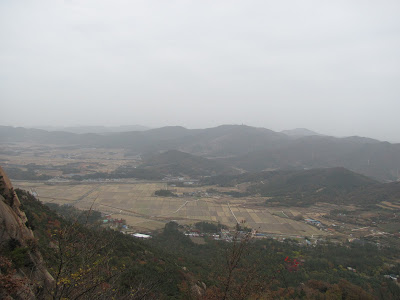 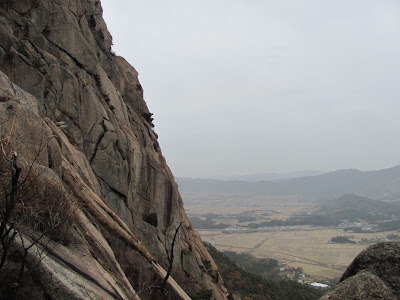 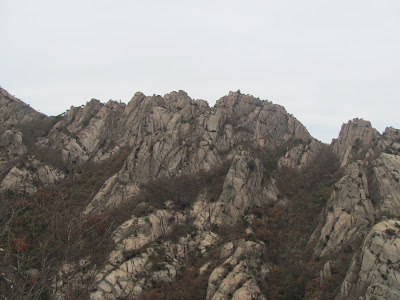 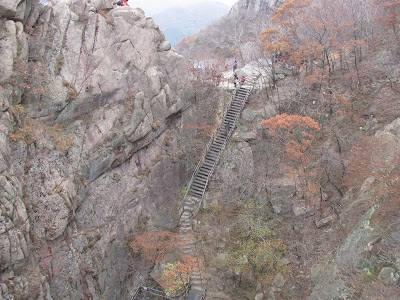 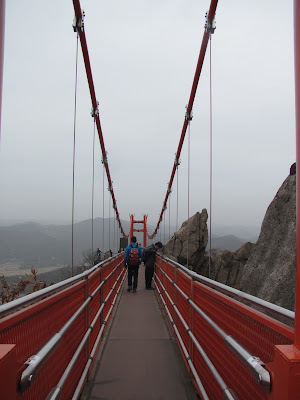 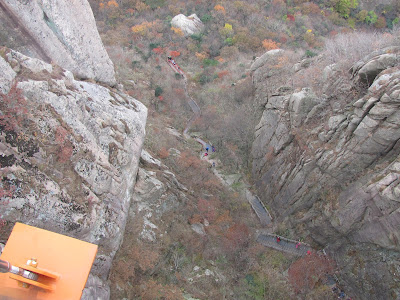 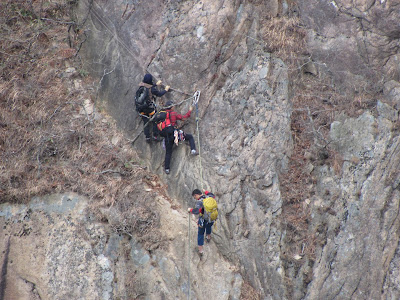 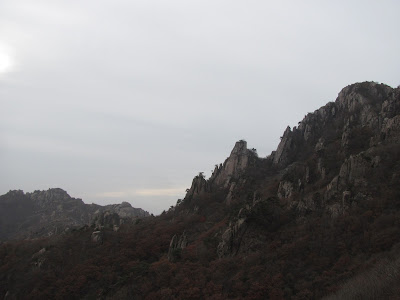 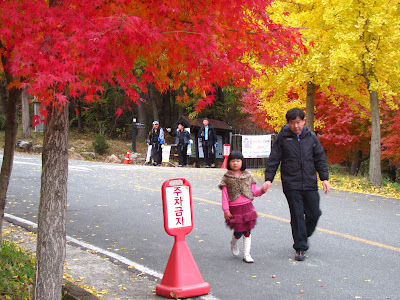 This past Thursday, my Kindle arrived. I have been tweeting about it.

I realize I am late to the e-reading party. My Kindle is the Kindle 3, after all.


Still, I was excited and unsure and worried that the lack of smell, and heft, would bother me, and now, having put the Kindle to the test, I find myself in the usual position of thinking myself a very silly person.  The future is not such a bad place to be.

On a pair of five-plus hour bus rides to the southwesterly parts of Korea and back, I read one entire novel (The Typist by Michael Knight), many bits of The New Yorker, news from The New York Times and BBC, checked my e-mail, tweeted, and loved every bit of it.

To be sure, the internetty bits of the Kindle experience are black and white and a bit slow and nothing like you would have on an Ipad (with its multicolored and absorbitant powers) or even, probably, a decent-sized smartphone, but it works rather well--especially for reading newspaper articles or columns or short-stories or anything wordy, really. The web-browser has a mode called, "Articles Mode" that dispenses with the ads and links around an article and presents you with a nicely formatted, high-contrast, easy-to-read version of whatever it is you want to read.

It's the easy-to-read thing that is the kicker. For a long time, I have read places like the Times and The New Yorker or Strange Horizons on my computer, and while it's colorful and wonderful and graphic, it was always annoying after an hour or so, if not less. Backlit screens shooting electrons into eyeballs, make my head swimmy, my eyes annoyed. But, on the Kindle, The New Yorker can be browsed and read for however long you have and there's no swimminess. It's just reading.

E-ink, with all it's reflective and unbacklit power, is wonderful. My eyes endorse it.

I love books. I do love the way they smell and the way they fold and the way they turn yellow. I have been reading them since, as far as I know, my motor functions allowed me to hold one--before that they were read to me. But, I will admit, there was something very freeing about reading a novel on the Kindle. I didn't have to pack the book, for one. But, more, I didn't have to turn the pages or notice page numbers or how far along I was or remember to place a bookmark. I just read and read and read and sometimes looked outside at passing mountains and then read some more. It was nice.

Tomorrow I'll edit this post with pictures of mountains. It is late now. My head is swimmy.