I am listening to American Beauty by The Grateful Dead. Just keep that in mind.

Today, on the last Thursday of winter camp, my students made a music video. I promised them that I would not post it on either YouTube or my blog. They did not say I couldn't describe it, though.

There are three girls in this class. One of them seems shy, and plays with her hair, and loves heavy metal music. One of them seems very not shy--once, unasked, she came to the board and borrowed my marker and drew a picture of what she was trying, and failing, to describe--but she begged, for a time, to not have to do a music video. The third girl is quiet and funny.

The thing they did was take a K-Pop song by The Wonder Girls called, "So Hot," and transform it from a look at us we're clean and pretty and hot video into a rant and satire against what people think girls are supposed to be. It included much fawning cuteness (animal ear hoodies) and simulated nose-picking (black markers were used). In the end, they decided, however messy and uncute and uncool they are, they are still "so hot." It was fun and encouraging.

The other thing I did today was watch the last four episodes of Freaks and Geeks.

This is one of my favorite scenes. It features a character named Bill being alone and happy. It was described to me once at a bar by a friend of mine who's name, in fact, was Bill. Neither of us were alone at the time, but we were also happy.

While watching the scene here, in Korea, I remembered Bill describing it to me and it was kind of like watching it together.

It's amazing the different ways different people at different times can be happy.

The other thing I did today was wish that everyone who ever needed to watch Freaks and Geeks could see it.

I wonder if they have a Korean translation.

Happy whatever day it is, readers, wherever and whoever you are. If you're not sure where or who you are--that's okay. You're not alone.

p.s. On Saturday, I will be in Tokyo.
No comments:

It was pointed out to me by a friend that my blog is "just so happy." I do not know how or why this has happened, but it may have to do with the fact that generally if I'm feeling not happy in the world is stupid so why do things bother existing sort of way, I do not open my laptop.

At such times, I usually take to writing and ending all of my scenes by killing the characters with meteors.

In other news, in the winter camp class which I'm teaching, we discussed adjectives for songs. The students learned such useful terms as: trippy, funky, quirky, gloomy, energetic, aggressive, noisy, and bittersweet. For each word, we listened to a song. So, for trippy we listened to Hendrix's "Voodoo Child." For gloomy, we went with The Cure.

On bittersweet, they were at first confused.

"It's bitter...and sweet," one girl said. "It doesn't make sense. They're opposites."

And then I played "Chicago," by Sufjan Stevens.

And when I asked them what bittersweet meant the one girl said, "Happy and sad."

And she said, "Because, it's like the words seem sad and the music is kind of happy and energetic."

And someone else said, "Violins are bittersweet."

And then we were all killed by a meteor and felt much better.

Lois Tilton's thoughts on, and favorite short stories from, 2010

A TED Talk by Stefano Mancuso in which plants dance and think about things and you try to resist the urge to name your eggplant before whipping up a stir-fry with garlic and ginger and other brainy things.

One trailer for 5-25-77, a movie which I'm still not quite sure whatever happened to.

Beautiful, fascinating pictures from Love Hotels in Seoul by Grace Kim. She was allowed into the rooms after customers had left, but before the staff had reassembled the pillows and blankets and things. In one there's a remote control on the bed which seems to indicate maybe someone just wanted a nice, quiet, and warm place to watch a bit of television.

Anthony Bourdain lists his favorite things of 2010, which include Barry Hannah, Jack Pendarvis, and How to Train Your Dragon.

He's a smart man who should not be killed by falling space objects.

And now I've noticed that Snow White has started over on the wall so I should probably venture out into the cold and look for a warm place with food.

A Thing With Too Many Words

At the end of every year, Strange Horizons asks their reviewers to submit a year-in-review roundup--a paragraph or so concerning their thoughts on the year in speculativeness.

Since I have written reviews for them in 2010, they asked me to write one of these things and so I did, but it ended up being much too long and far too preoccupied with umbrellas.

I cut it to an appropriate (and umbrella-less) size, though, and you can read that version, along with everyone else's roundup, at Strange Horizons. There are many things listed in people's lists that are worth discovering and arguing about. How to Live Safely in a Science Fictional Universe by Charles Yu, for example, continues to receive much love, and there were some who felt the new season of Doctor Who was not awesome. (Note: Sometimes I was one of those some and very often in 2010 I ended up arguing with myself, and sometimes losing, about the even more manic than usual pace of the Whoverse.)

For those who would like to read the version of my roundup with many too many words about umbrellas, here you go. 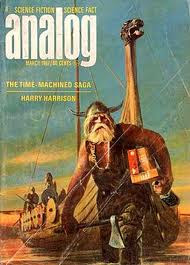 Last year, I wrote this concerning the end of the year and the decade. It included many hopes and resolutions which were stolen and made-up and combined into a giant paragraph of resolute awesomeness.

Of these resolutions, I managed to accomplish several in 2010, including: failing spectacularly at something, pretending to be something I'm not, and making several things that didn't exist before I made them. I maintained a decent awareness of the fact that everyone is falling.

I also accomplished in 2010 several things which I had resolved, and failed, to do in 2009. These included: celebrate New Year's in a foreign country (Hello, Korea). Get paid for a review and/or interview (See Strange Horizons). And have an adventure or two (See this).

My time in Korea has been sometimes painful and sometimes ridiculous (there were many incidents of being lost and/or confused about geography and life which I managed not to post about), and I thought, at many different points, that I would leave after one year. Teaching hundreds of students a week gives one the sense that you are more a performer, at times, than a teacher. It's tiring.

Also, Seoul is a big city and people can be indifferent to your existence.

But, after a while, you begin to know many of the hundreds of students and, more importantly, they begin to know you. They talk to you on their way home from school. They write letters. They say "Happy New Year" and "Don't forget my name," and, "Last night I looked up Doctor Who and found out there were many Doctors but David Tennant is the most handsome."

As for the city itself, if you're lucky, you find people. Or they find you. And then you, and the city, don't seem so indifferent any more.

There are many wonderful people in this country. It's good the world went unswallowed long enough to have met them.

I will be here next year. And then, after that, probably, somewhere else. Korea has given me new friends and better clothes and a somewhat more immediate understanding of what it means to try and meld a deep-rooted despair with a mad rush for the future.

For now, click the clicky thing for the things which, in no particular order, made me happy in 2010. Note: many of these things will be in list format as lists continued in 2010 to be a thing which made me happy.