Hope the holidays have treated you well so far. If you're one of those who find all this happily and merrily stuff rather annoying, though, then, well, just wait a bit longer and then it will be the New Year and your happy cynicism can be directed at people's silly resolutions. That's always fun.

Speaking of which, here were some of mine.

Of the ones I didn't forget about entirely, I'm happy to say I accomplished a fair amount, including number 4: Fail spectacularly at something. That one was fun, if a bit tragic.

In other news, there's a story up at Fiction Weekly called "Jellyfish and Dragon Tattoos." It's rollicking and funny and includes lines like, "Such mystery," and "Fuck off, pilgrim." I tweeted about it already. So, in order to add value here, I've decided to search the author's name, Faith Gardner, on the internet.

It turns out that besides writing about giant crabs from outer space, she sometimes sings by herself and also with other people.

The other people are a band called, Hooray for Everything.

What's funny is that was my exact thought at the end of "Jellyfish and Dragon Tattoos."

So, someone asked me to list the twenty albums of this decade that "blew/expanded my mind and remained in the permanent collection." Far be it from me to say no to a listing request.

So. Here goes. In no particular order except that this is the order that they occurred to me.

And that's enough for now. However many that actually is.

Best of: Late to the Party

Hello, readers. It's been awhile.

At the moment, I'm ensconced in the corner of a monkey watching John Green eat pizza.

This has inspired me to list the top five music discoveries I discovered this past decade which I was fairly late to the party on.

1) Neutral Milk Hotel. In the Aeroplane Over the Sea is the kind of song I would want played at my funeral if I have to die, which seems to be the case from all available evidence.

2) Radiohead. Yes. It's true. I didn't listen to Radiohead until this decade.

3) The Beatles. Yes. This is worse. They were popular a while back. I heard their songs. Did not really listen until recently. They're quite good, actually.

4) Weezer. The Green Album saved my life. Not literally, of course. Completely unliteral thing. Mostly it just made me happy.

5) Elliot Smith. XO, among other things.

There. Okay. That was in no particular order that I know. Now I'm going to drive away from this monkey and get food.

Here's a quote before I go, though.

"There's nothing left to do but be awesome." If ever you wondered what is in my mind when writing these things, look here. Read the bit in quotes. That pretty much says everything you need to know.

Other things you could know, though, include:

Last night, at the Goon Presents Burlesque, there was magic, mermaids, and the Nashville Rollergirls. I was most surprised by the Rollergirls. They dressed in corsets and stockings and rolled out between bits to collect whatever was left behind on stage: namely beds, radios, and, erm, clothes. Their skating about added a nice bit of wheeled whimsy to everything.

Also whimsical was the hula-hooping of Sadie Twist. She's a member of Music City Burlesque which had several members performing.

All the girls were quite lovely, as was the crowd, who hooted and hollered in the most innocent manner you can imagine a crowd hooting and hollering at lovely girls dancing about and dropping things of societal importance.

Here's a picture of some of those girls done by La Photographie Nashville (who also did the one of Sadie to your left up there). 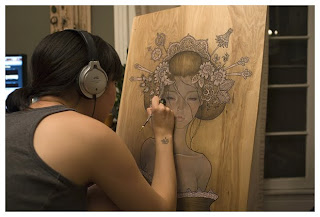 People working are fun to look at, aren't they? [via BoingBoing]

This is where I'll be tonight.

A question, though, of a somewhat silly/serious nature. What about plants? They are alive, presumably, at the very least, a part of life, and we grow them and geneticize them and breed them and cut then down with loud, not particularly kindly looking, machines. Presumably, possibly, sometime in the future, we'll learn there's such a thing as plant consciousness. In fact, some people already have.

However it works, life feeds on life in order to stay alive.

The thing with plants, of course, is that, for most people, there's no belief, or comprehension, that plants feel pain the way that animals (such as us) experience pain. And so that means they get to die. Muahaha.

As I said, silly.

In other news, the Interstitial Folk had their Second Life Virtual World Salon last night. I was there, for a while, until my computer compunked. It was a polygonal affair, full of people' s names hovering over them so it was hard to see (probably there's a way to turn this off). Also, occasionally, the sound went wonky. But it was cool and quite different, if very much like any other reading in that authors read and people listened and, in the end, everyone danced. That last part might have been different. But it shouldn't be. There should always be dancing.

Today, a discussion of what Interstitialness, among other movements and manifesos within and without genres are all about. They talked a bit about it at the Salon. No conclusions were reached except that Interstitialness is not just about words, or stories, or any one particular genre, so much as it is about giving otherwise homeless artists a place that feels like home.

That and that there should be interstital t-shirts which read, "Loose Souls Doing Weird Things."

Or as Geoffrey Long puts it in today's discussion:

“A critic might look at an object we call teal and he’d sniff that it’s perfectly fine to classify it as blue. That’s his right, and it’s not our responsibility to stand on tables and rant that no, gawddamn it, it’s not blue it’s teal, but to show other people that it’s okay to be teal, if you like teal things more than blue things to come hang out with us, and if you’re interested in making teal things here is a list of resources for making teal things and a host of opportunities to share teal things with other fans of teal things – and in so doing, hopefully make new fans of teal things who might previously have only thought blue things were possible.”

That sounds about right.

Happy Tuesday, readers. Do something loose and weird. Think about your food. Wear more teal. You get the idea.

Quiet, Then Loud, Then Quiet Again: Or, You Can't Beat A Bit of ELO

Mostly because it is quiet, then loud, and then quiet again.

It's really all I need in a song.

Which doesn't really follow the rule but that's music for you. Breaking rules.


p.s. Mr. Blue Sky was in a Dr. Who episode once. This is what that looked like. 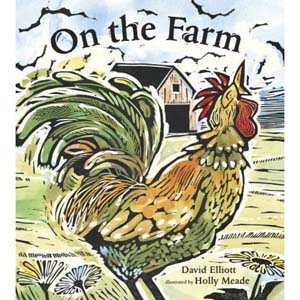 This morning, as was tweeted, I began reading Eating Animals, the supposedly Jungle-esque foray of Jonathan Safran Foer into the gruesome world of killing and eating things. Now I'm full of serious thoughts about things.

Thanksfully, there's Twilight. I have yet to read it, but I don't need to in order to know that I'm very happy it exists. Mainly because of things like these.

Thing one is a boy named Alex attempting, with occasionally hilarious failure, to read Twilight on camera. Note the Buffy poster in the background. [via @maureenjohnson]

And in other news confirming the future has already been here and may already be the past...

Rick Moody's writing a short story with twitter. Some people complain about it. Most of the complaints seem to be that it either a) clogged up their twitter feed, or b) kept getting interrupted by other tweets. My response: Organize your twitter, people. Dedicate a column to Moody's story. The future's not that confusing.

This follows on many, many other twitter story type things. Recently, for example, BBC AudioBooks America had the brilliant idea to let Neil Gaiman begin a story on twitter and then have people tweet the rest.

The resulting story was to be made available as an audio story.

As it happens, "Hearts, Keys, and Puppetry" by Neil Gaiman and the Twitterverse, went up today. Katherine Kellgren provides the vocals.

There are several chapters. I've listened to the first. A lot of reflections talking to people. Reality shimmering. A day everything went wrong. You know the type.

Also, Clarion has opened for applications. Go look at the professors. Feel awe.

Physicist Michio Kaku, author of Physics of the Impossible: A Scientific Exploration Into the World of Phasers, Force Fields, Teleportation, and Time Travel, has a new show premiering on the Science Channel called, Sci-Fi Science: Physics of the Impossible. It's described as "both fanciful and serious." Of note, Michio Kaku built a particle accelerator for his high school science fair. We should probably listen to him.

ComicsMix wonders if i09 is inappropriately editing comments from sci-fi writers and editors. If this were a news blog we would need to look into this (such as, who is this ComicsMix people?), but as it is, we present it without comment. Except for this that was just written wherein we wondered who ComicsMix was.

i09's guide to December Sci-Fi Awesomeness. So far as I know, no controversy, real or imagined, surrounds this. Unless they left off James Cameron's Avatar, but they didn't. Crisis averted.

Neil Gaiman ponders the future of audio books at NPR. He has a lovely voice. Hopefully there's a future for that. Presumably Ereaders, in the future, will be able to read to us, so chances are good that grandfathers will be out of a job. Alas.

The Interstitial Arts Foundation is holding a virtual world salon for Interfictions 2. It will be hosted by Jackson Street Books in Second Life. Such a real and imaginary location seems appropriate for discussing art that doesn't quite fit, don't you think? I thought you did.

Until the future, readers.