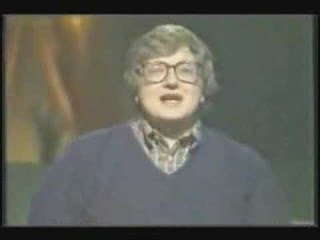 Hello, readers.
In the midst of another experiment in muffins, I watched Roger Ebert’s TED talk. I attempted to tweet about it, but failed.
This is what I was trying to say.
When I was two-years-old, I saw Return of the Jedi in theaters. My mom says I cried at the end. Roger Ebert gave the movie 4 stars. You can watch his review with Siskel on YouTube. He said of Admiral Ackbar that he appeared to be “the missing link between Tyrannosaurus Rex and Charles De Gaulle.”
I didn’t know he said this at the time, of course.
But, for as long as I can remember, I have been listening to, and reading, what this man has said about movies. Sometimes I re-read his reviews of films like The Shawshank Redemption because they are, in their own way, works of art. At my first ever surprise party, someone gave me a book of his reviews called, Awake in the Dark.

I have a vague memory of recording his review of The Phantom Menace because: 1) I did not want to miss it. 2) I wanted to be able to pause and fast-forward so as to hear the review without being spoiled for the movie.

For the past few years, I have missed listening to him talk about movies.
Ebert lost his voice some time ago due to surgeries performed in an attempt to rid him of cancer. If you have not, you should read this Esquire article about Ebert's experience. Ebert has, during this time, become quite the prolific blogger and tweeterer on all manner of subjects cinematical, political, and galactical. He has not stopped talking, you see. Not really. And now, one day, it looks as though he may have a voice again.  Sort of. Listen.


Happy Sunday, readers. I must go remove a pan of muffins. 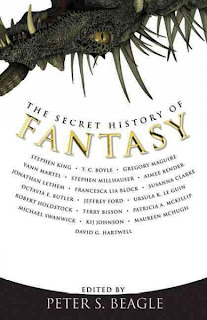 My review of The Secret History of Fantasy, a collection of post-1977 short fiction edited by Peter S. Beagle, is up at Strange Horizons.

In similarly fantastic, but less secret news, George R.R. Martin is about to become more popular. On April 17th, HBO's adaptation of The Game of Thrones, the first book of Martin's Song of Ice and Fire series, will hit our TVs and bittorrents and various interviews and profiles are popping up. The New York Times interviews Martin here, and The New Yorker profiles him here (though it would appear at the moment The New Yorker wants you to pay for the whole thing).

Laura Miller, one of my favorite writers about writing (of Salon and Magician fame), does the profile for The New Yorker. She has written very well and often about fantasy--on TV and in prose.Once, I fantasized about her. She was on her living room couch, completely clothed, wearing a sharp pair of glasses, and accomplishing the remarkable feat of eating a bowl of cheerios while reading Dickens (possibly Dombey and Son) and watching Battlestar Galactica.

Finally, I have an oven now. It makes muffins. Here's how that went. 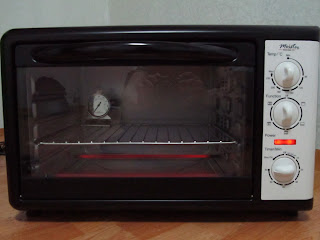 The aforementioned. It's a Multi-Oven Pro from a company in Seoul called, Bread Garden. It goes up to somewhere around 450 degrees Fahrenheit. Before delivering the oven, Bread Garden delivered me two hand-mixers of small and large size. Then they took them back and gave me the oven. I do not know why it had to be this way. 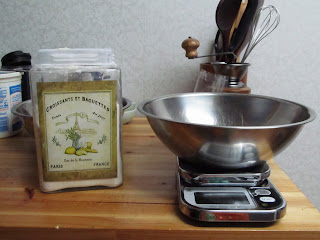 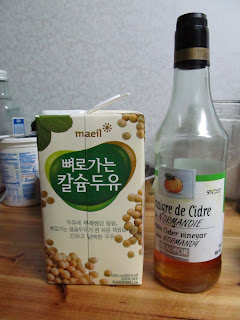 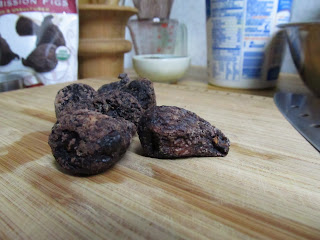 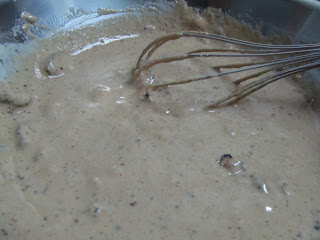 Figs in batter. The recipe from Gluten-Free Girl and the Chef is here. 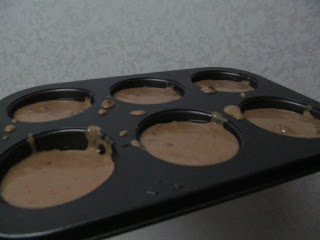 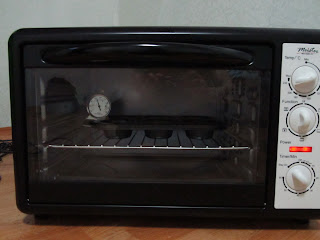 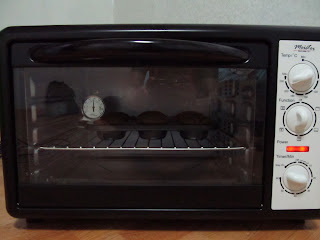 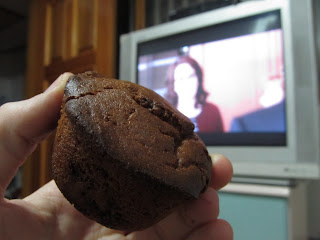 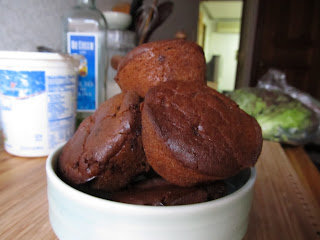