In Which My Secret Mission Is Revealed: Now With More Christmas!

It has taken nearly a year of "teaching" and "being awesome" but, at last, my secret mission as an English teacher in Korea is complete.

After showing students a certain episode of Doctor Who, the talk from my co-teacher is that some of the students have begun discussing their need for every episode ever.

This is the power of "Blink."

Other side-effects are that I'm pretty sure the teddy bears below are interdimensional robot assasins sent from the future to steal our hearts and eat them. Just keep your eyes on the screen. You'll be fine. 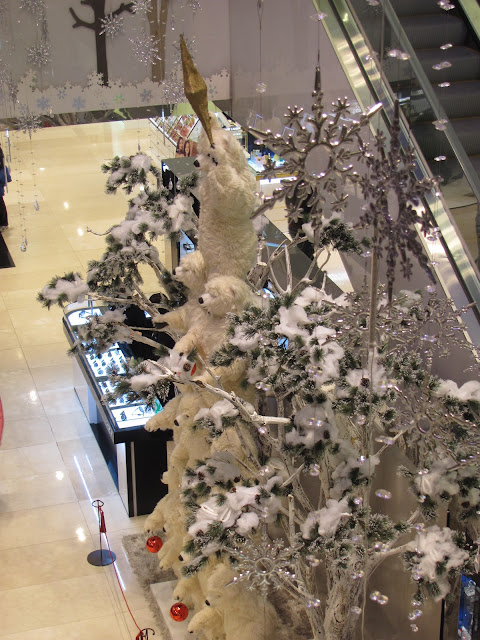 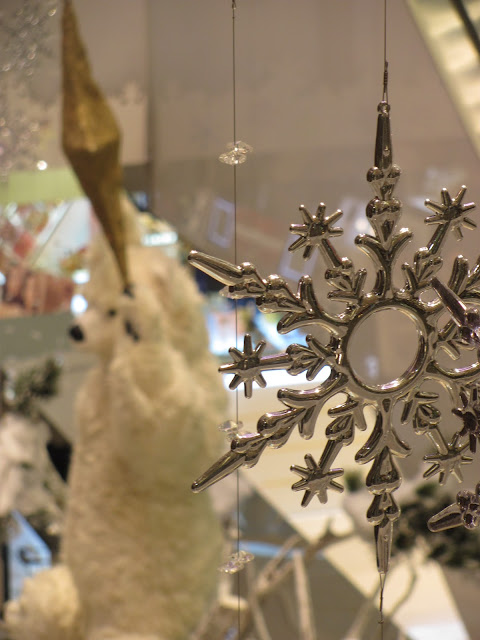 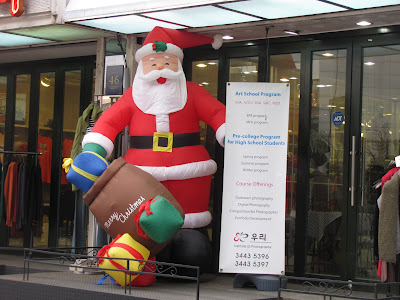 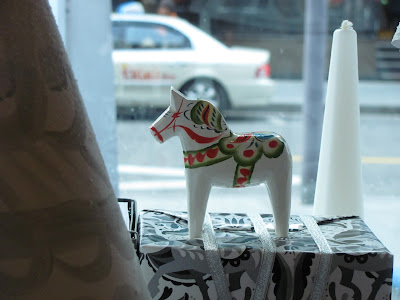 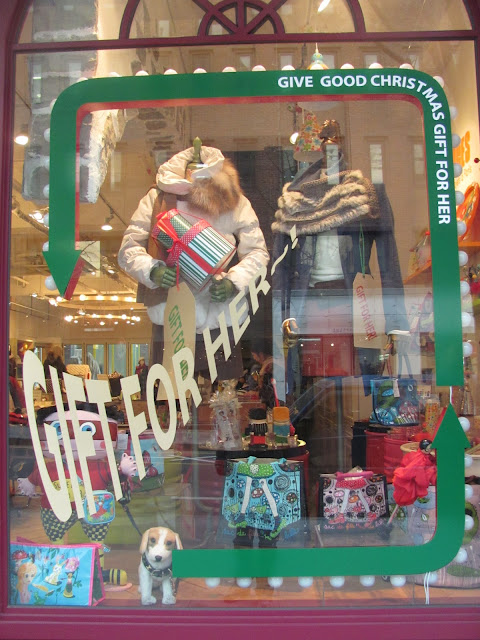 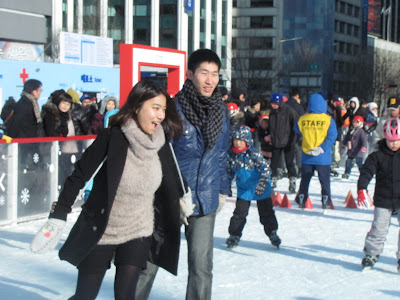 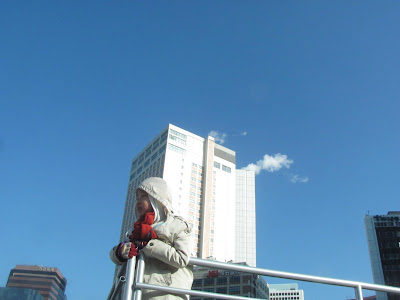 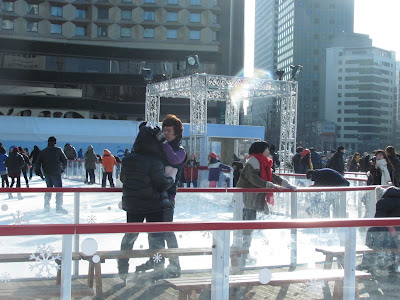 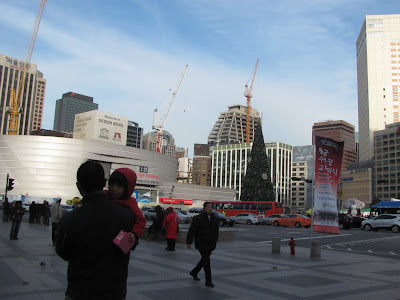 Merry Christmas, if that's your cup of tea. If you don't like tea I don't know what to do with you.

But here are pictures, though, of Seoul Plaza and Christmas, of trumpeting angels and giant trees and snow globes. This is a city what likes the shiny thing. 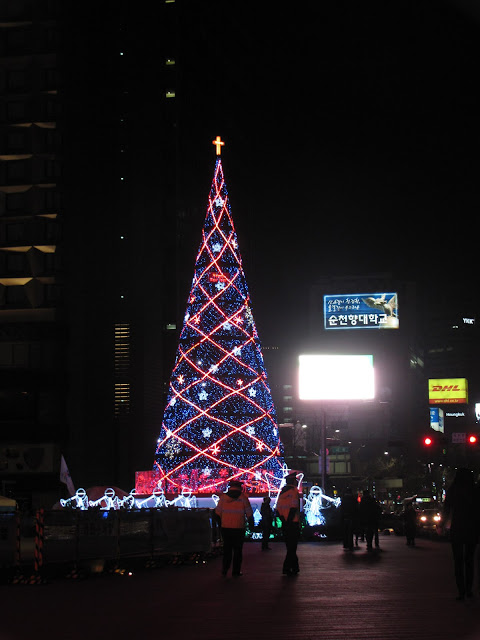 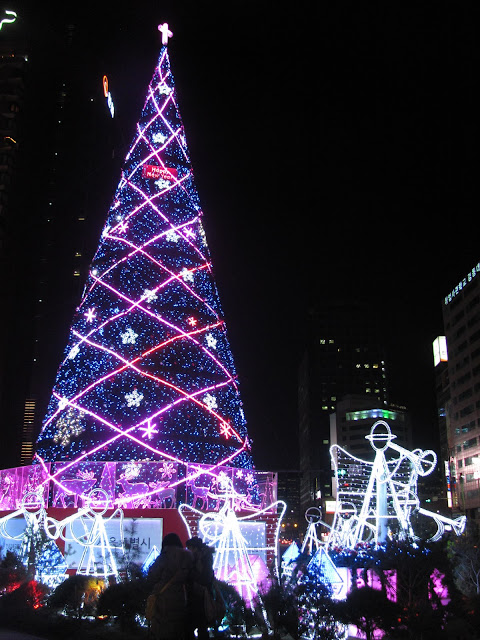 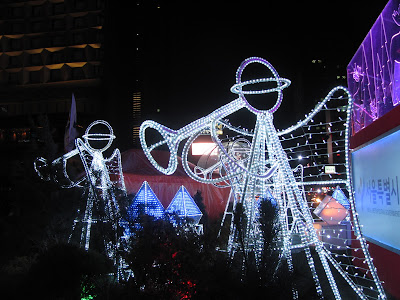 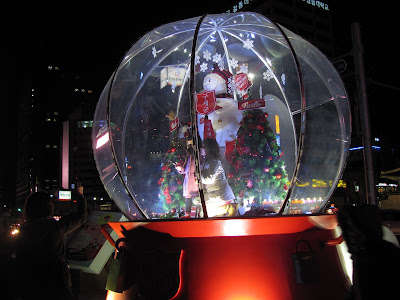 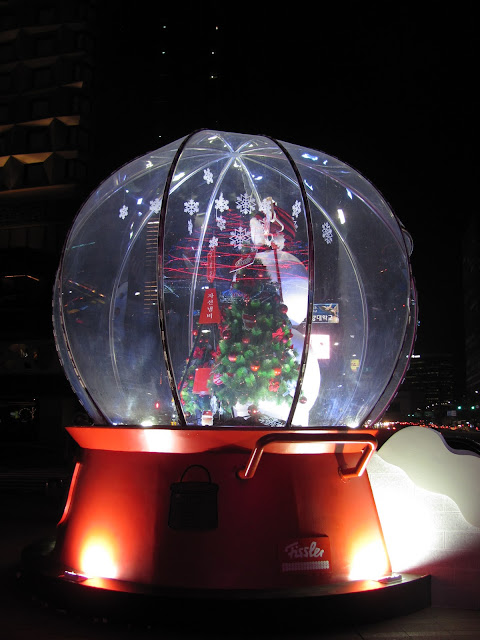 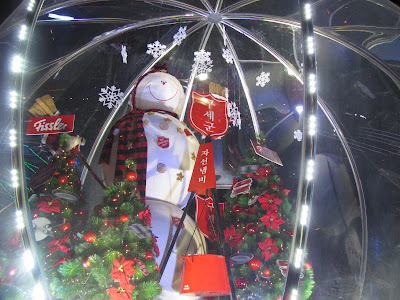 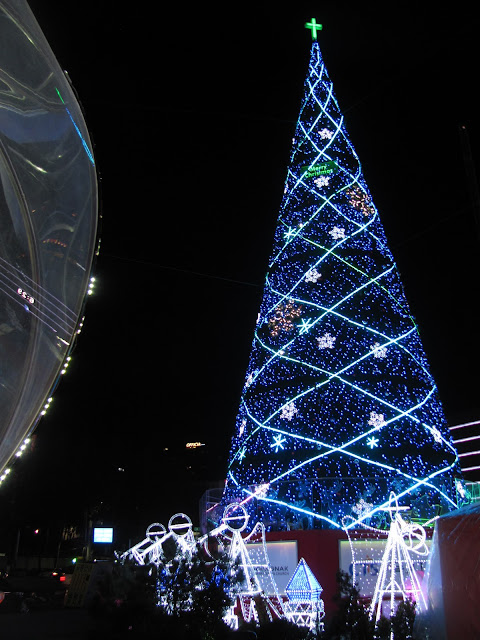 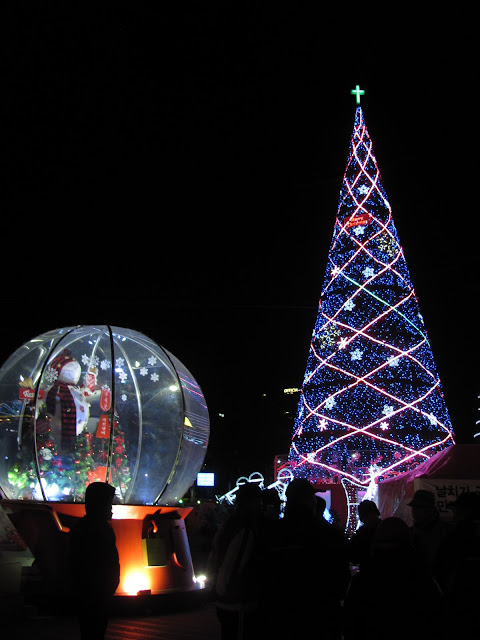 And now, I think, it's time for Doctor Who. Come back tomorrow, readers, for ice skating and creepy, animatronic bears.

In Which There Are Things and Promises

Aquarium Drunkard is a wonderful musical blog. It's run by a man in California and named after a Wilco song. It has featured French songs and soul songs and Guthrie songs and zombie songs and, right now, you should listen to Rock n' Roll Santa by Yo La Tengo as you continue reading. It's December, after all. Or you could sample the Beatles' Christmas Singles. They're a pretty good band.

Speaking of Christmas, Seoul has erected a giant Christmas tree and snow-globe in the City Hall Plaza. Also, there are sparkly department store displays featuring elves, neon ice, and igloos made of plastic-jugs.  Pictures soon. Promise.

This past week the students completed their speaking tests.  They performed conversations they wrote themselves. These conversations were generally about trips to far-away places like Los Angeles or Bali. Two sets of students expressed a wish to go to England so they could learn to speak English with a British accent. A few wondered about things: alien first contact or the dumb sadness of Hans Christian Anderson's, "The Little Mermaid." One group wondered what would happen if Korea became a unified country.

Also last week, my review of Aimee Bender's The Particular Sadness of Lemon Cake went up at Strange Horizons.

Also also, of late, I've found more and cool useful things to do with the Kindle. There's kindlefeeder, for example, which will collect, and mail, up to 12 feeds for free to your Kindle. It costs extra for more feeds and automatic delivery. This, plus Instapaper, has made the Kindle into an efficient and magical enabler of reading all those New Yorker essays, online short stories, and random blogs, which I always meant to read but never did.

For example, this New Yorker essay on sitcoms and Chuck Lorre. They speak generously of Two and a Half Men's laugh appeal, and glowingly about the scientifical funniness of The Big Bang Theory--a show I suppose, at some point, I should try.

Or, "Superhero Girl" in Fantasy Magazine or "The Taxidermist's Other Wife" in Clarkesworld. Both of these are good things to read, too.

As are the many and sundry lists of best music, books, geeky gifts, and Korean dramas of the past year. It is that time of year. In the coming days I will post my own lists. Possibly of some of those things. Possibly of others. Probably not of cats.