Some are from Korea, some are not. 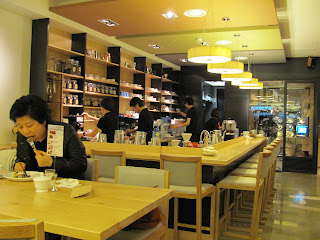 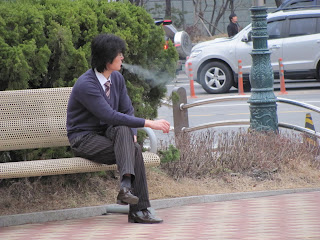 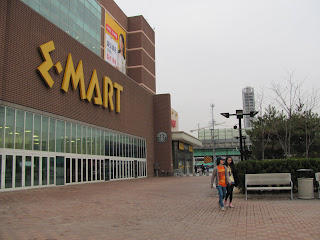 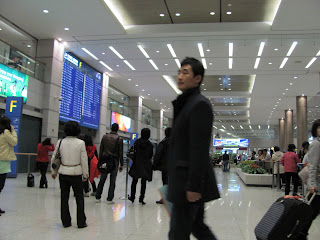 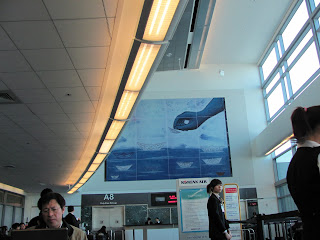 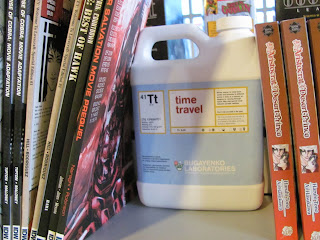 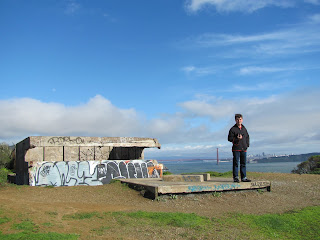 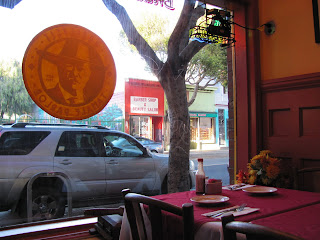 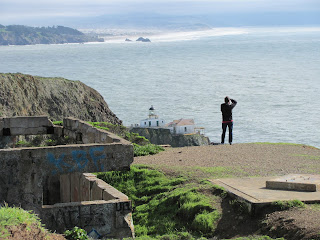 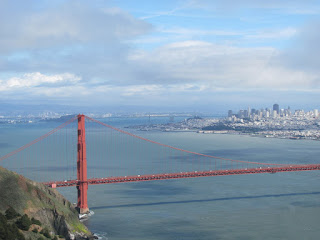 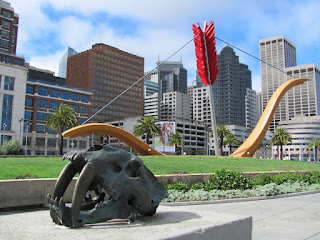 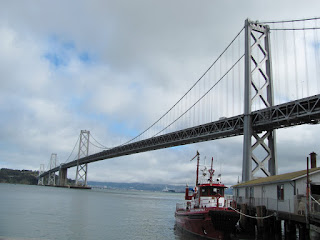 Panties and Miles to Go and Such 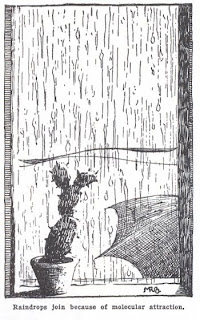 It is Sunday and rainy and I am sitting in a cafe in Mt. Juliet, TN, which is where I spent a lot of time as a kid growing up and reading my way through a great many rainy Sundays. Usually, probably, it was something by Gary Paulsen, Terry Brooks, C.S. Friedman, or Douglas Adams or, sometimes, Jean Craighead-George. I always wanted a pet peregrin.

I've ended up back in this place to spend a little extra time with my sister before heading to Seoul. That happens a week or so from now. I should probably get to packing. I've been told by wise and familiar people to bring, among other things: deodorant, spices, oatmeal, gluten-free soy sauce, story books, adapters, mosquito nets, toothpaste, toilet paper, a Kindle, The Joy of Cooking, and more money than I probably think I'll need. Unfortunately, a lot of these things I don't have (such as a Kindle or more money), and some of these things (such as mosquito nets and toilet paper), make me think the people are confused about where I'm going. Many people mention toilet paper, though, and so I will venture to believe them. Probably going to leave the mosquito nets at home. The rest I will fit in as best I can.

In case you were wondering, as I was, the distance from Nashville to Seoul is 6,917.7 miles.

Of the many things I'll miss of Nashville--besides family and Frothy and old friends newly moved into town, one will be the burlesque shows and the friends of recent make who perform in them. Last night, at the Exit/In, there was a show put on by a troupe called Panty Raid!. I brought my sister along to introduce her to the joy such things offered. The Panty Raid folk did not disappoint. They put on a show featuring belly dancers, sideshow sweethearts, three Spinderellas, two empowering escapes, and one man who swung about the room by way of his hair. It also featured acrobatic pole dancing by a duo from St. Louis called, Gravity Plays Favorites, and the Chicago musical stylings of two women whom my sister and I, a couple of nights before, had had the pleasure of smoking hookah with.

The thing was hosted by a Miss Lolly Pop. Besides her very pretty dress and penchant for the word "Breastacular!" the most wonderful thing about her was that she was the host and so not in need of her table. This meant that my sister and I and the rest of our group had a place to sit and enjoy the show.

If you've ever wondered what a burlesque show is like, readers, I will explain it to you, as I attempted to explain it to one of the two beautiful hooka women last night sometime after two in the morning.

Our group--being at this point my sister, the beautiful woman and her husband, and me--had gone back to their house for lounging about and discussing important things like why aren't we asleep yet?

By the time I began my explaining, my sister had more or less answered that question by falling asleep.

This is what I said.

"It's like Doctor Who," I said. "There are those episodes that are so scary--with monsters and nightmares so wonderful, that they make you giggle. Burlesque is like that for me. Not exactly nightmarish (though the sideshow act of human bullseye--hey kids! let's throw darts at the man's shoulder!--was a bit squeam inducing), but somehow so sexy and silly and wonderful that you kind of giggle with glee that such things exist."

"I understand," the beautiful woman said, which is always a nice thing to hear from a beautiful woman. "That was what attracted me to burlesque. The happy."

It was some time after this exchange that we decided maybe my sister had the right idea. So, I woke her up and we drove home to a house which is next door to the house we grew up in and this kind of sentence structure raises expectations for more profundity than I meant for this post, or sentence, to have when I began either one. The important thing, really, is that we drove home and woke up and this morning she hugged me in the kitchen and said, "That was so much fun last night."

So, while I'm in Seoul, finding more happy and sexy and silly and wonderful things, I'm fairly certain that the Nashville burlesque scene has a new devotee. And that, well, that makes me happy.

Yesterday was the birthday of many things, including: people, musical invasions, and at least one famous person's blog.

Of the many people whose birthday it was, one was me.

In the morning, I ate some oatmeal, watched it snow, and wrote, among other things, a letter to a friend about love and time and watching it snow.

Later, my sister fed me some roasted beets with goat cheese and helped me, along with my Mom, watch last week's episode of Lost in which there was more AlternaTime, as well as a dead person who was no longer dead but possibly infected with a darkness that "if it reached his heart, he would be forever changed." 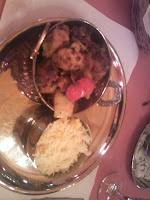 Before any of those things happened, though, my sister and I visited Asheville and spent a lovely time with our cousin (whose birthday also happened this past week) and her troupe of friends. If you're ever in the area, readers, and thirsty, then go to Jack of the Wood. They serve several mean porters and some very pleasant scotch. Also, Sunday night is Tom Waits night. If you're hungry, then go to Katmahndu Cafe, which serves some delicious Aloo Gobhi (potato and cauliflower and awesome) and will possibly, if you ask politely, bring you some Kheer (rice pudding) even when it's lunchtime and really they don't serve dessert then.

And before any of that before happened, CBS filed this report about "Beatle land, formerly﻿ known as Britian."

Am at my sister's, listening to Canadian fluttery folk-pop by a woman named Basia Bulat. Basia's not actually with us, she's on the computer, but she seems happy enough there. Her music reminds me of mountains and that one tree that's always standing by itself on rocky outcrops.

My sister is making a bowl of granola behind me. We will be heading up to Asheville today to say hello to a cousin and help her celebrate a birthday.

In other wonderful news, Neil Gaiman will be writing an episode of Doctor Who for the second Matt Smith season.

Also, the edition of Best American Fantasy edited by Kevin Brockmeier is out and about and filling people with appropriate amounts of wonder and terror.

My Sister Said I Had To

This is where I buy my vegetables. It's not always so exciting, though.

The guy with the straw hat kills me.

The world is lazy. And full of spoilers.

Lost's last season premiered last night. In deference to those who haven't seen it, I'll simply say that I enjoyed it and also: [Spoiler]at what point did this become a kung-fu movie?[Spoiler]

In other news, I've been reading a lot of things. Mostly things on the internet because that's how us kids do it in our particular version of reality.

Here's a sampling of such with the requisite clickable bits.

The top ten Korean films of all-time collated by PopSeoul. All-time here means, so far as I can tell, sometime after 1999. If you're more into timelines than lists, here you go.

Paste asks "Is Indie Dead," a reference to Time's 1966 article of similar cultural importance, "Is God Dead?". Time left the question unanswered. Paste does not, presumably because there's less chance of going to hell if they've got it wrong. [Spoiler]The answer is apparently yes, indie is dead.[Spoiler]

Unless your Manohla Dargis, who writes about "The Coming Revolution in Indie Distribution." [Spoiler] It involves the internet. Henry Jenkins makes an appearance, too.[Spoiler] 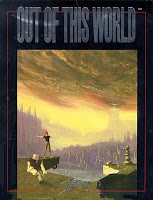 Finally, this article at Fiction Writers Review, "Writing the Great American Novel Video Game," attempts to refute the old adage that "video games do not art make," famously said by many an older gentleman named Rogert Ebert or Owen Gleiberman. It's a bit of a long article, and comes off at times rather like a commercial, but [Spoiler]it means well.[Spoiler]

And now, before anyone else says it: .[Spoiler].

You heard it here first.