Of late, two people have made mention to me of the existence of this blog and pondered as to my own continued existence.

In honor of them, and to solidify my still-existing state, here are pictures and words.
Two weeks ago, I visited Busan for the film festival. There, I saw five films, of which one I loved without qualification, one I loved with some surprise, and one was about two very old and very child-like brothers who were washed away to a far-away land during their childhood. That movie featured a dead Nazi paratrooper on the beach and American submariners who spoke with Eastern European accents. The other two films I saw I've mostly succeeded in forgetting.


Many films were at a cinema located inside the world's largest department store. The place is called Shinsegae. Inside they have an ice rink. On the roof, there is a park.  I was fascinated by the escalators for some reason. 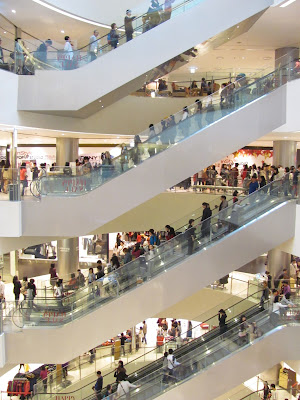 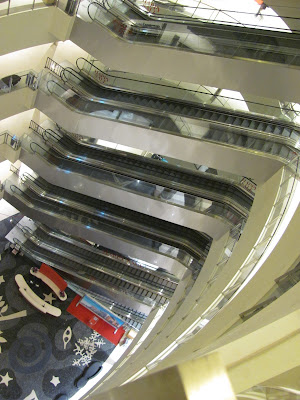 I am of course also fascinated by people dancing with fire. This was last night in Hongdae Park. 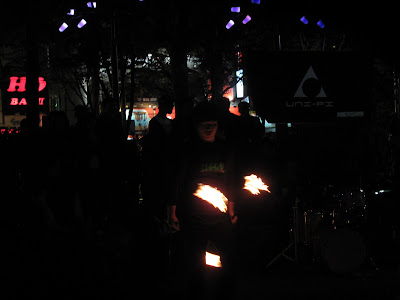 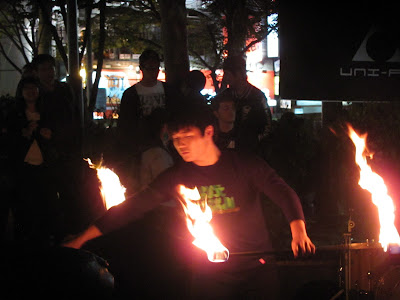