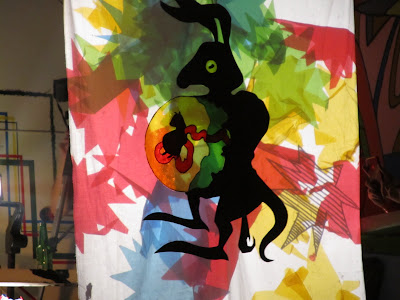 Super Color Super organizes shows of music and art and monsters in Seoul. These are some bits of kidnapped light from their Super Sketch show at Theater Zero in Hongdae. It was their two year anniversary, and it was fun. Enjoy. 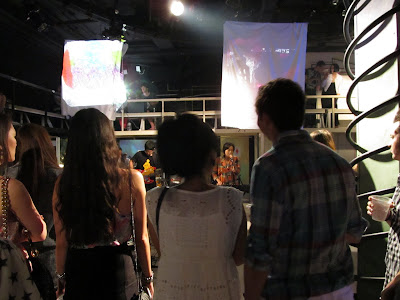 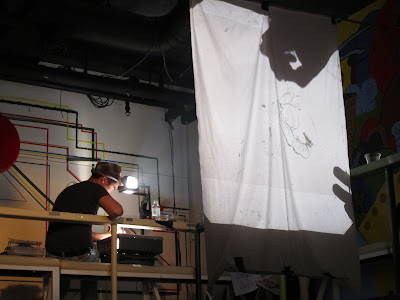 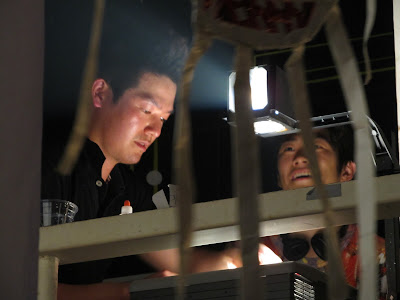 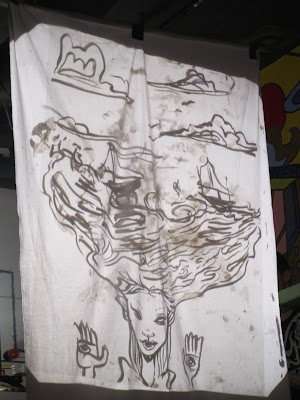 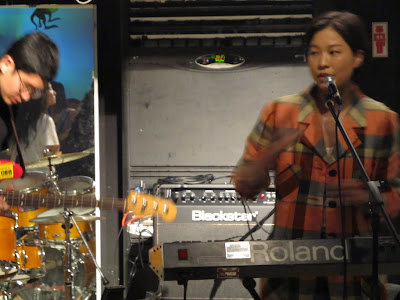 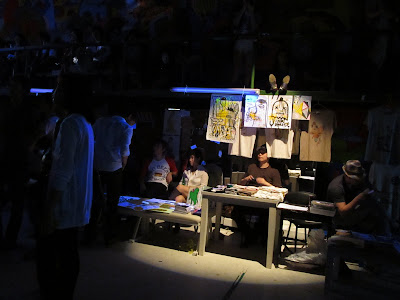 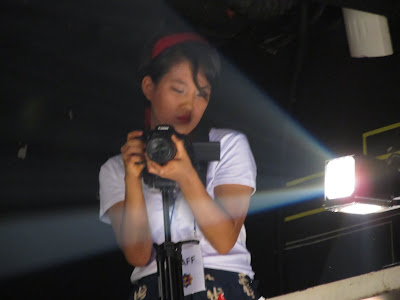 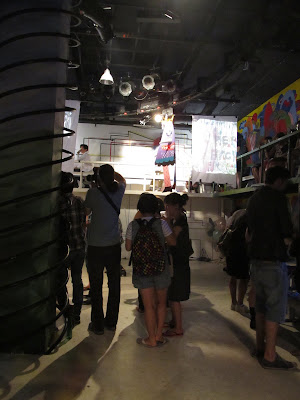 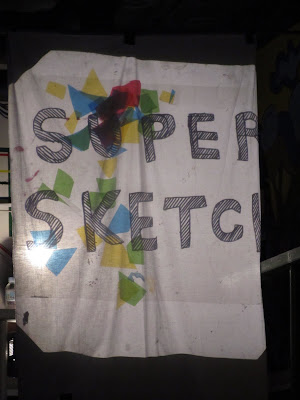 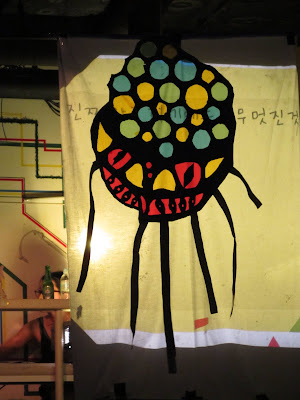 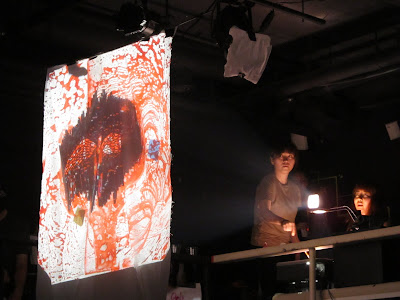 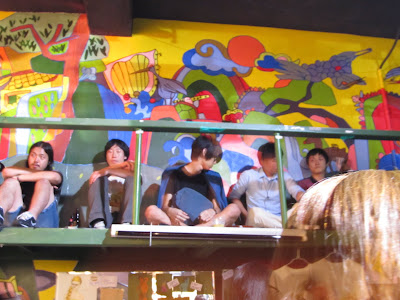 Upon the news of another bit of beloved and merchandised 80's nostalgia, the Care Bears, returning as a CGI-animated television show in 2012, it seemed only reasonable to begin discussing, in earnest, what the inevitable 3D #MichaelBayCareBearMovie will look like. Some friends and I on the Twitter (with the aforementioned hashtag) have begun doing just such a thing.

For starters, it would mix 3D CGI with live-action. And therefore it would not only be possible, but essential, to have a a Pearl Harbor style love-triangle between Tender Heart (voiced by Nicholas Cage?) and a token hot model (whomever Michael Bay is currently getting along with at the time of production) and a token hot CGI bear with giant lips and tail (Uncast at the moment).
The Care Bear stares will, necessarily, be super slo-mo blasts of super-saturated  awesome. Truly, has any childhood teddy bear super power ever been more appropriate for the 3D treatment? Audiences will feel the feelings of noble heartedness, tender heartedness, and sweet baby hugs surrounding them. (Michael Bay will most likely have to expand his emotional palette for this film)
Also, the Care Bear mobile will shoot rainbow lasers at storm clouds and evildoers. (Michael Bay will also be expanding his color palette.)
Also, also, there may possibly be an enchanted, apocalyptic comet voiced, possibly, by Will Smith or Steve Buscemi, depending on how we want to play it (unless we can get Orson Welles to come back to life and thereby finally unite the universe of Transformers and Care Bears). 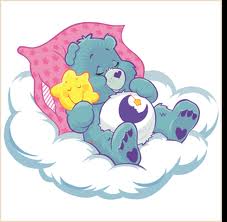 Also, also, also and speaking of which: a Jesus Christ Care Bear whose stare resurrects people. And thus we have zombies.
Tears are guaranteed as one (or more) of the Care Bears will die in a self-sacrificial act of tender heartedness in order to save the world from No Heart and his enchanted comet of doom. Alas.
The final shot: a pan out showing a new monument in Washington, D.C.: a line of giant Care Bears flanking the reflecting pool.
And someone mentioned there should be a Christopher Walken Care Bear musical number. Possibly just before something horrible happens. Possibly we got a bit silly at this point.
In anycase, this is where we've gotten. Perhaps we could go further. Many parts are unclaimed. No Heart, Beastly, the token hot Care Bear.
Possibly we need go no further.
Possibly we need to think of other 80s shows that deserve the Michael Bay treatment. Captain Power, anyone? Silverhawks?
If you'd care to join the discussion, hope into the comments below or Twitter up the hashtag #michaelbaycarebearmovie and twitter tweet away.
ttfn.
p.s. Here's a link to my last review at Strange Horizons. It concerns The Arctic Marauder.
p.p.s. This t-shirt design from Threadless has me imagining a serious Bad Boys-esque vibe to this thing.

p.p.p.s. Owen Wilson could make a decent Nobel Heart horse.
p.p.p.p.s. Ben Affleck could probably do Beastly. He's good at funny voices. I saw him do one in Jay and Silent Bob.
No comments:
Newer Posts Older Posts Home
Subscribe to: Posts (Atom)