Where was I again? 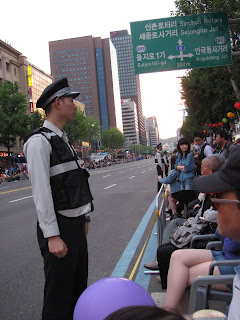 It's Wednesday in Seoul. That means, among other things, that I do not have an after school class. Those I have on Mondays and Tuesdays and, as much fun as they are, it's a bit odd getting home from school at 8:30 or so. Happily, the fun part makes up for the oddness.

Such as being able to watch The Princess Bride with the Tuesday class. But you already know about that, because of twitter and magic and what have you.

On Sunday, I watched the lantern parade held in honor of Buddha's birthday. It consisted of drummers and dancers and floats and people carrying, as you might expect, lanterns.

The drummers were decked out in traditional garb which was both colorful and dramatically wavy. The dancers were also pretty. They were also sometimes drummers. The dramatic waviness came into play here, with the spinning and jumping and drumming happening simultaneously.

The floats were very bright and usually in the shape of animals--most often elephants, tigers, or dragons--or of people--most often Buddha in his various shapes.

Before the parade, I had a very nice dinner at a traditional Korean porridge well-being fast food chain restaurant called, Bonjuk. I had the black sesame porridge. The chairs were very comfortable.

Below, are pictures of the parade. 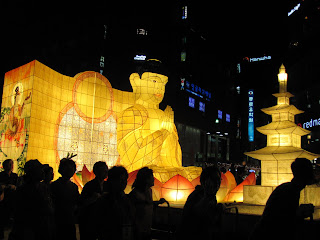 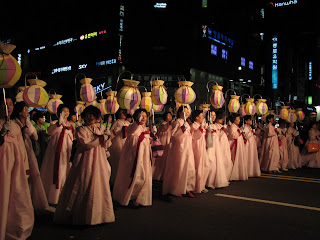 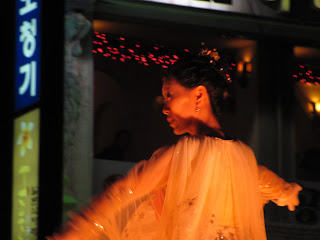 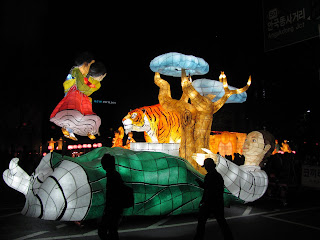 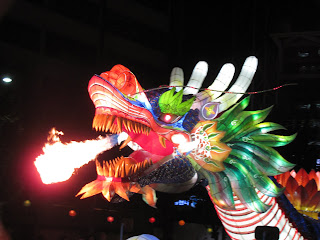 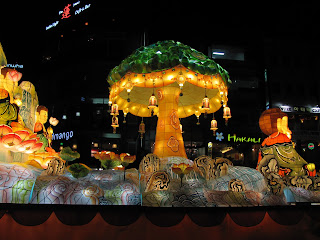 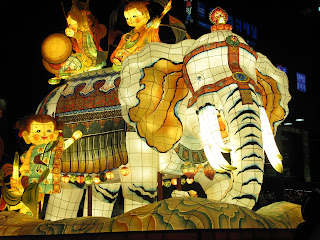 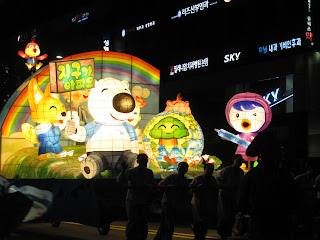 Happy animals. Giant rainbows. Blue-haired ducks holding syringes. This float has it all.


p.s. To those people waiting for me to write about my visit to Incheon, and my participation in art performances, I have not forgotten. It's just that I haven't written about it yet.