I promised more later, and later is now.

On Saturday, S.M.O.E. had a closing ceremony wherein speeches were made, food was ate, and goodbyes were said.

Here's what it looked like outside my window that morning. 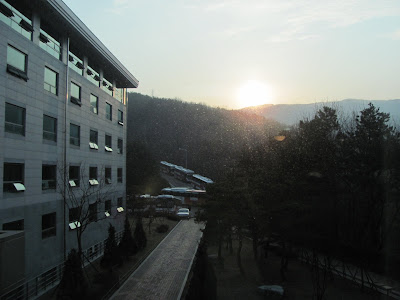 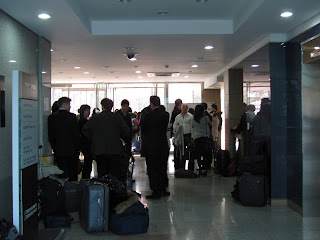 Some people, I think, were a bit annoyed by several parts of the S.M.O.E. orientation. There was the being confined to the Hyundai Training Center for a week. There was the occasionally monotonous food. And, of course, there was not finding out our school placement until just a day or so before being shipped out.

But, S.M.O.E. knows what they're doing. The lectures, for the most part, were lovely. Especially the high school games and activities session in which we were taught how to use a plastic hammer to control the class. The food, if a bit mundane, was sometimes quite wonderful and much enjoyed by some of us. Though, as a new friend pointed out, confinement plus cafeteria eating makes it feel a bit like prison.

And, really, the school placement bit is at the end because it means the only thing for us to focus on during the week is listening to lectures and making friends. Which, really, is the point of the whole thing.

None of us are alone out here.

Knowing this comes in handy on that first night in your new apartment when it occurs to you that no one in your neighborhood speaks your language.

Speaking of my apartment, here are digital representations. 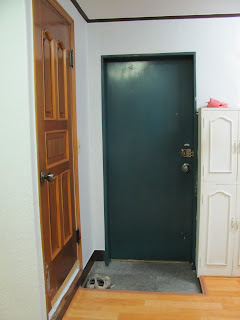 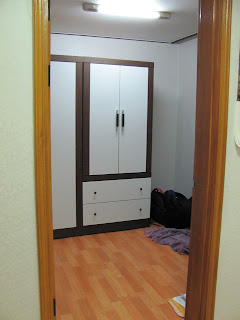 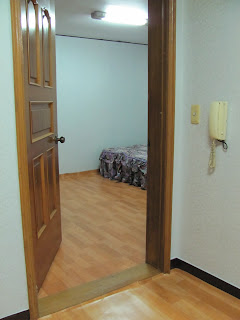 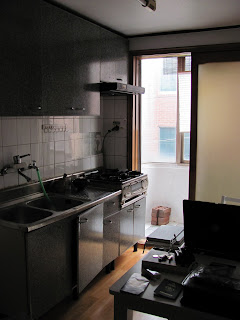 And, here's the views outside my window now. 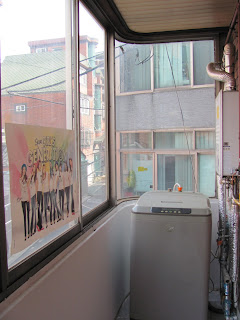 Yes. That is a Girl Generation poster. It was there when I arrived. It will most likely be there when I leave. 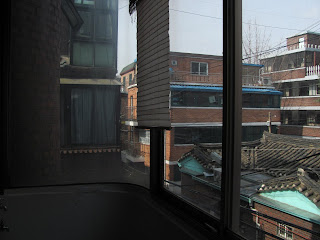 p.s. My home is a few stops from central Seoul. It's near several colleges, one of which is a woman's university called Ewha. The road to that particular university is called "Wedding Street," for reasons that will become apparent, perhaps, in a later post.

p.p.s. It feels good to be able to walk around a city again.