Seoul, I Love You

Hello, readers.
It is Sunday morning here, the rain has stopped, trains are rumbling by, and very soon, I will begin to write a review for a book concerning alligators and ghosts and bird men. Before I do that, though, three things.
1) Yesterday, I attended a Vegan Bake Sale at Roofer's in Itaewon. It was organized by the alien, among others. She made sure there was gluten free stuff. I took many pictures. Tomorrow, I will post them along with my comments. Spoiler: :)
2) A friend has been accepted into the Clarion West Workshop--one of those once-in-a-lifetime amazing/cool/terrifying/traumatizing things wherein people of like-mind exile themselves into an enclosed structure for six weeks and write, eat, sleep, fail, and fail better at various things (mostly writing and sleeping). This sort of thing costs money. My friend is not rich. If you feel like chipping in to help, you can and should go here. She will appreciate it. You will know she appreciates it because, depending on how much you chip-in, you will receive her appreciation in the form of tarot readings, hand-made postcards, or origami's containing secret messages.
3) I have been using my oven. Here are pictures. 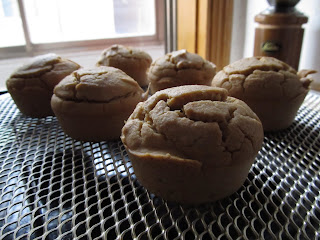 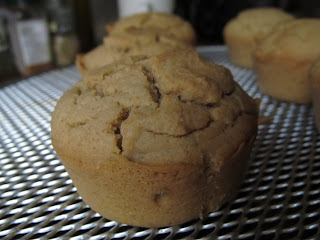 Muffins made, for the most part, with sorghum and a bit of coconut flour. I replaced the eggs with a flax seed slurry. Such slurries are made by grinding some amount of flax seeds and then whisking that with some boiling water. Depending on how bindy you want your flax seed slurry to be, you can play with the ratio of liquid to flax seeds. A bit thick would be 2 parts water to 1 part flax. Something more eggy, is generally in the 3:1 range.
One of the things good and right with the universe is pizza. 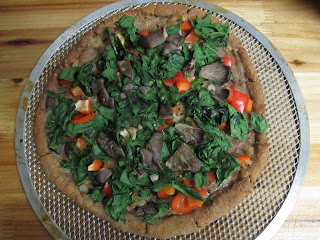 I have been playing with the recipe by the Gluten Free Girl. What I've found, for my mix of flours and current location in space-time, is that adding a bit more yeast and allowing 2-3 hours of rising time results in a crispy, tender crust. 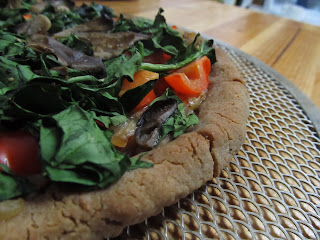 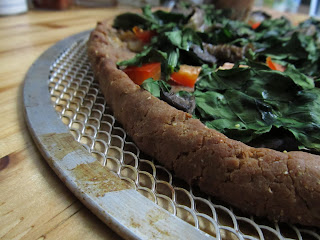 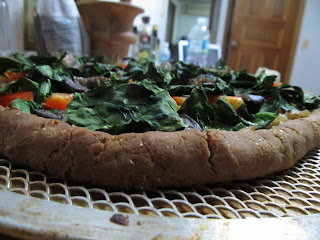 And then there was bread. I am not completely happy with the bread I've made, as it is not exactly the fluffy, sometimes crispy, often airy and crumbly stuff I remember as bread. It is something a bit denser. I have gone with more liquidy dough. I have allowed a bit more rising time. I have decided that more experimentation needs to be done. Here's what has been made so far. 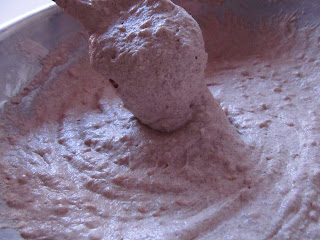 One of the things that Gluten Free Girl says about gluten-free bread dough, is that one should not expect it to act like gluteny dough. She suggested allowing the mixture to be more goopier. So I did. I think maybe this one was a bit too goopy. But that depends on what one wants, of course. This is the bread resulting from that above goopness. 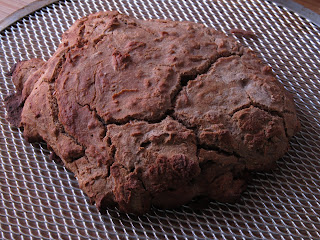 I cooked it in a not bread pan, as you can see. I like the cracking. This is what it looks like on the inside. It was tasty and there were air bubbles and it toasted well. 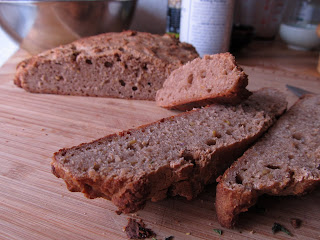 Below, there is a less goopy gluten-free dough. Also, a picture of the finish ball of bread. I did not take pictures of the inside because it was morning and I was listening to the audiobook version of The Emperor of All Maladies: A Biography of Cancer and pictures slipped my mind. 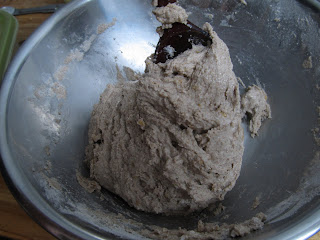 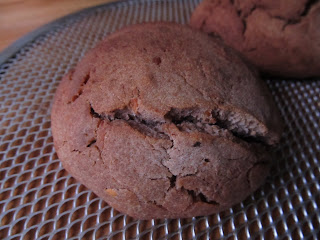 And now, to work. Have a happy weekend, readers.