Today, I ventured out to a zoo with my school, and students. I rode a ski lift with two of them (students, not schools. Physics, you know).  We flew over a pond, some sheep, and a very small mountain. It was a very slow trip. We were unafraid. Except for that one time, when one of the students said, "I'm taking the S.A.T. tomorrow." And I said, "Are you nervous?" And she said, "A little bit."

Here is a picture of that which we were not afraid. 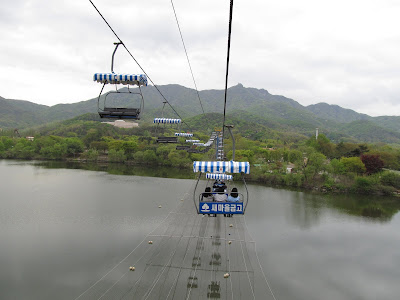 Inside the zoo, there were lions, and tigers, and bears, and not a single oh my. Some gibbons, though. And a polar bear. And a hyena that looked at me for a long time in the nocturnal room. We were by ourselves. It was dark. Pretty sure no one got possessed. But we'll talk about Buffy, some other time. I've only just got around to finishing Season 8. Must process the death and stuff, first.

Here are some pictures of animals that may or may not have been sad about where they were. 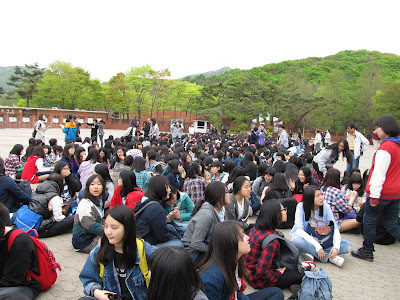 These are animals called, "Jungang High School Girls." There are, approximately, at last count, about 700 or so of these things. Usually, they wear muted, black uniforms. Today they wore a lot of flannel. And denim. It was like if grunge happened in the 80s and in Korea. One student wore a leather jacket, a short, black-and-white striped dress, and sunglasses. She was perhaps aware that, among other animals at a zoo, there are usually boys. 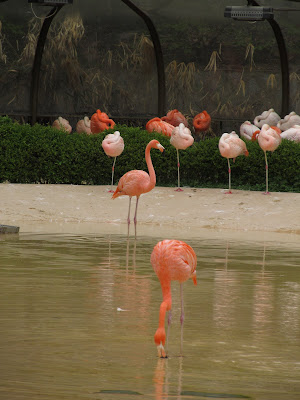 Flamingos. Pink ones, I believe. 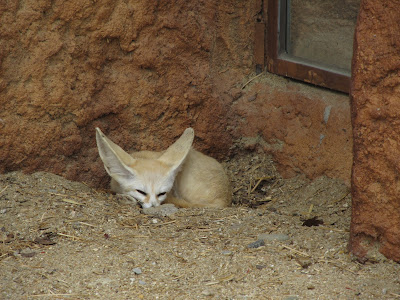 A sort of fox. Saw one in Tokyo. That one was awake and running and later I discovered a fox shrine that possibly incorporated her or him into being. This fox was cute and sleepy. 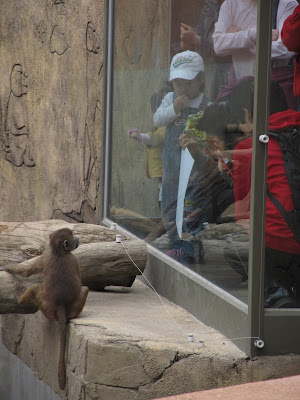 Yes, that child is holding up a sign to that monkey. Yes, that monkey is reading it. If you would like to have a New Yorker style caption contest, then, by all means, get to it. 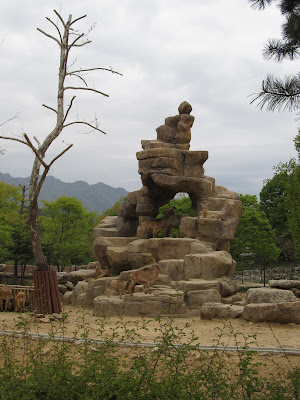 Not entirely sure why they decided to build a giant, sacrificial, stone altar in the middle of the zoo, but there you go. 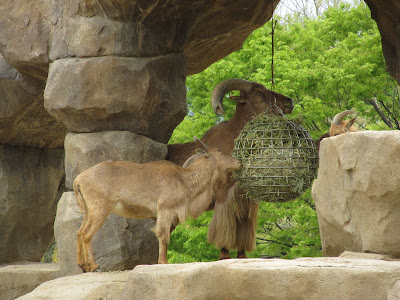 Barbary sheep worshipping at the "Ball of Food We Can Eat." 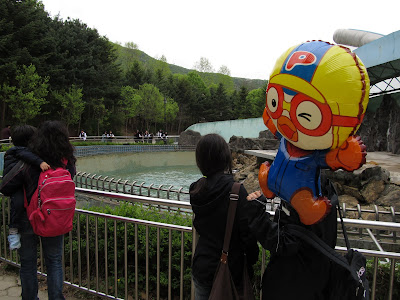 The rare, and difficult to properly pronounce in Korean, "Pororo." I do not know why he is angry. 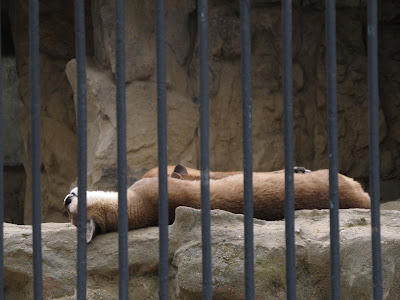 That is one leopard asleep on another. Lovely, and a little bit tragic. Life, you know. 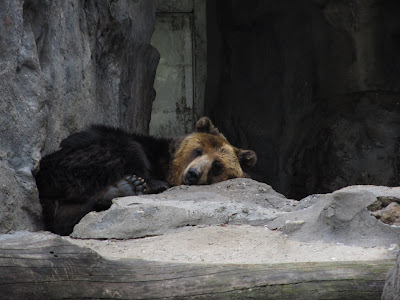 Happy Friday, readers. Happy Birthday, sister.  Your gift is in my imagination. Perhaps it will be in the mail, soon.