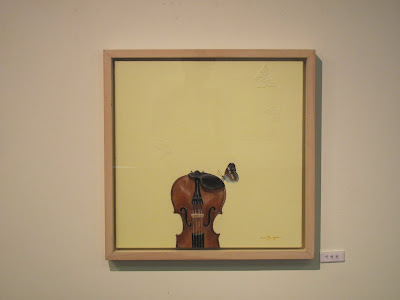 Spent the night meeting new writer people. New in the sense that I had not met them, not in the sense that they were new to writing or to being people. Both, in fact, seemed more or less comfortable with being human*, and were graduates of Clarion, that purportedly mad wonderful six-week spec fic workshop that happens in San Diego and Seattle and usually, at some point, features water balloons.

Talk was had in Hongdae--at Cafe aA, and then Zen Hideway, and then Queen's Head. Zen Hideaway is a restaurant next to aA. It features very comfortable chairs, a terrace with fish, and food which is made, and served, with care. Queen's head is a micro-brewery that has decent beer (according to the new writer people who had it) and not bad coffee (according to me). There's also a room, of small and dusty circumstance, which, as was noted, inspires in one the feeling that plots ought to be hatched. It seemed appropriate. 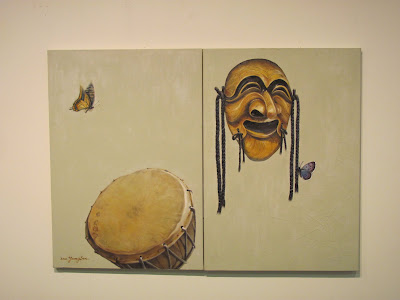 The talk centered mostly on fiction and Korea. Authors and shows were bandied about and judged and wondered over. Unknown names were explained. The identity of M. Night Shymalan's last good film was debated. At one point, we toasted science.

It was one of those nights.

Alas, I took no pictures.

Instead, I've included unrelated pictures of art things.  The preceeding came from Insa Art Center in Insadong, a touristy, not so uncool, neighborhood of Seoul. After the break, there are a few more art things from an exhibition called Wonderland. The artist's name is An Eun Mi. Here work was shown, for a time, at Gallery Is in Insadong. It was strange. 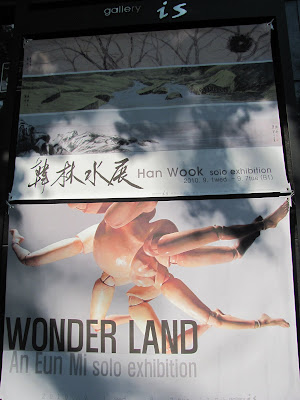 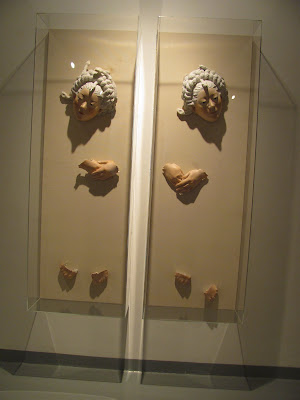 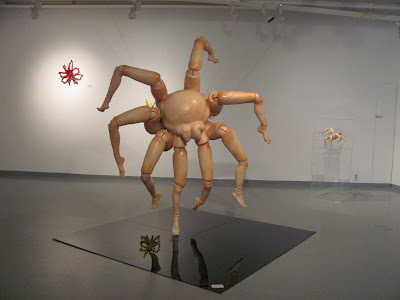 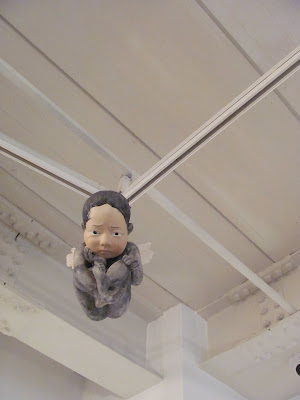 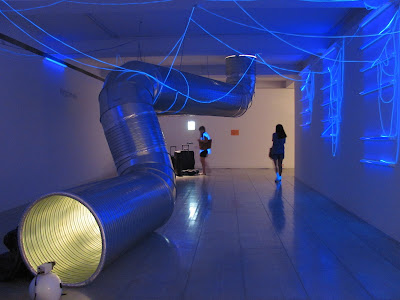 Happy to be continued, readers.


*One, in fact, expressed great affection for the show**

**Being Human, if you didn't know, happens to be a charming British sitcom about a vampire, werewolf, and ghost, all sharing the same flat in England. In some episodes, they get nervous and eat a lot of cookies. In others, people get nervous and eat other people. It's unpredictable.